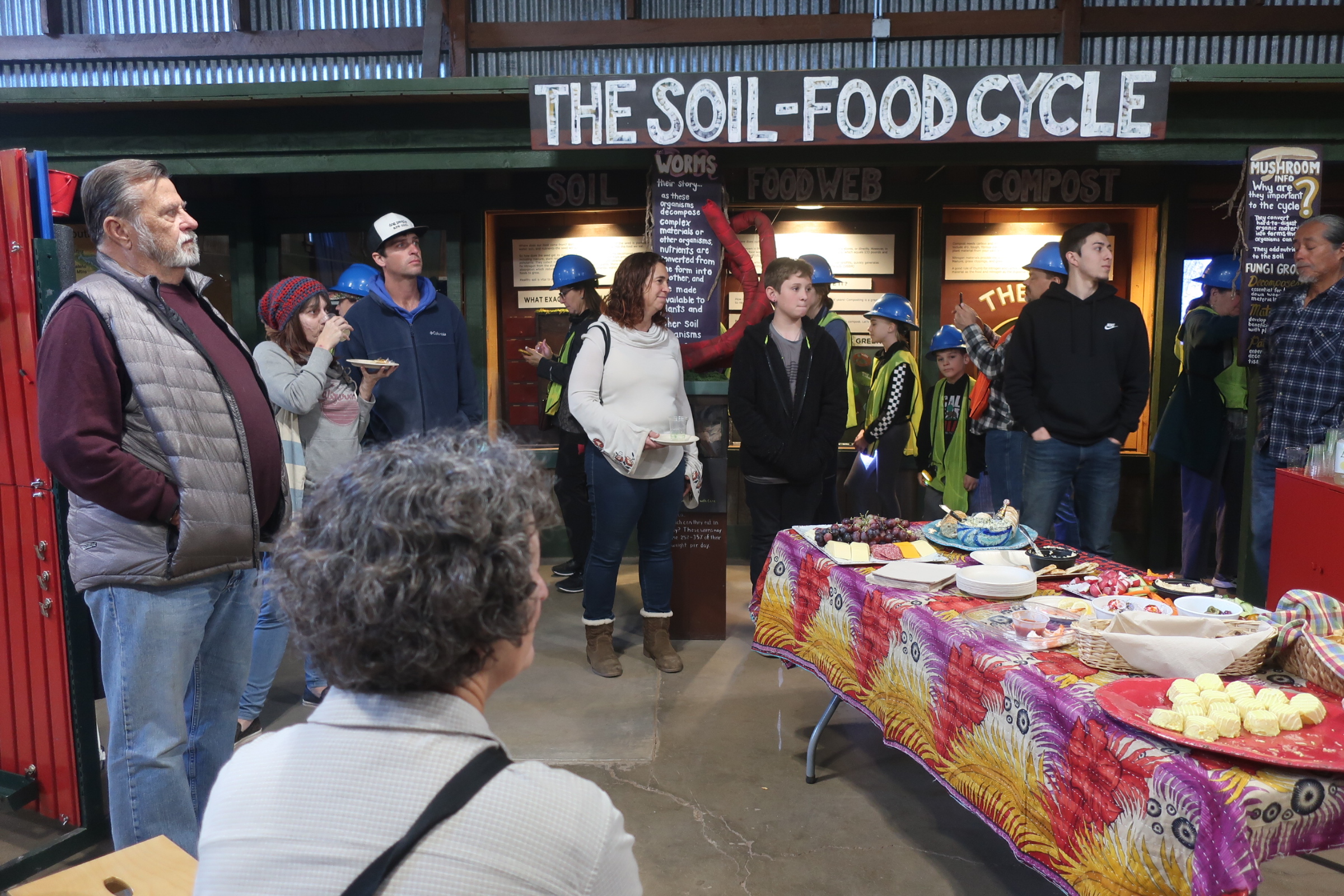 You have probably heard about RAIN in Cochise County if you are a part of the STEM world. They are an organization that works to fund informal STEM education opportunities all around the state in different rural Arizona communities, and we have one here in our county. The Rural Activation and Innovation Network serves only four communities in the state, and they have worked all throughout Cochise County to offer more STEM resources outside of school through grants which are funded by the National Science Foundation.

Even if you have heard of the group, you probably weren’t aware of just how active they have been in your area and that you are able to apply for the grants yourself.

Applying for a grant from RAIN is not as difficult as it may seem and as long as you have a STEM educational opportunity for the community outside of a school setting then they will review your application and most likely help you along the process. Just look at all the amazing projects RAIN was able to help fund in the communities throughout Cochise County in 2019. The group has been funding projects for years, and this is only one year of their impact.

In Benson, one of the greatest STEM resources is what lives in and around Cochise County. For this grant the focus was on the annual migration of bats that live inside this delicate ecosystem. During the summer season, an average of 1,500 bats migrate to the Caverns and spend their summer months hibernating in the different caves. Without bats’ pollination, seed-dispersing services, and insect control, local ecosystems could gradually collapse. In order to further monitor these bats, Kartchner Caverns applied for a grant through Cochise RAIN to receive cameras to put around the caverns. The grant was used to purchase a camera that photographed and helped in the counting of the bats emerging from the natural sinkhole that could not be safely approached on foot any longer.

With the Bisbee Science Lab Grand Re-Opening in the Queen Mine Tour Building, the organization wanted to work to bring a locally sourced exhibit to their building with both science and art in mind. With a grant from RAIN the group was able to fund the building of the interactive exhibit. The exhibit can still be visited at the new Bisbee Science Lab. The Bisbee Science Lab also holds weekly science programs at the San Jose Annex on Fridays from 1PM-3PM. Learn more on their website here.

RAIN also worked to bring an event called Brains and Brews to Bisbee, where a trivia night is held revolving around STEM questions. This event will be held at the Grand Hotel and Bar, more details coming soon!

The Center for Academic Success created a Maker’s Space for the students to come and create using many different resources.

Huachuca City Library hosted STEAM Fridays that offers the opportunity to tinker, build, or do other cool STEAM activities for students ages 6-15. Every Friday from 1:30 PM to 2:30 PM,

Buena Colts Booster Club created an afterschool program for students called STEM Zone in the End Zone to give more STEM resources to the students at their school.

The University of Arizona South Foundation Patterson Observatory museum development where they were able to develop an extensive plan for the science center. With funding from the Arizona Rural Activation and Innovation Network (RAIN), the organization was able to purchase display cases, stand up displays, and a number of display items (posters, models, globes) to showcase science. The science center display is now the central display for the facility. Over 3,000 people have accessed this science center, learning more about STEM.

The Fort Huachuca Sentinel Landscape, established in 2015, worked to bring together a variety of local, state, and Federal partners to tackle the critical land use and resource issues in the region, including water quantity and quality; long-term agricultural viability; native habitat restoration; and military mission protection. Working with RAIN the FHSL group hosted a Sentinel Landscape Restoration Project Showcase Event. The purpose of the event was to make the public and agencies aware of the land management, conservation and restoration efforts being undertaken in and around Fort Huachuca.

Joyce Clark Middle School Family Science Night and afterschool DIY Club to encourage STEM with the family and at home.

Students from Tombstone High School received a grant for an after school program that would allow students to build and race a solar powered vehicle in this year’s Race the Sun competition in Tucson under the auspices and sponsorships of SARSEF (Southern Arizona Regional Science and Engineering Fair) and the University of Arizona Tech Park.

If you live in Willcox then you are most likely associated with Studio 128, but were you aware that RAIN helped to fund multiple stages of this organization? Studio 128 has received grants for their Media Makerspace, Summer Program, and Virtual Reality Crossover expansion in their makerspace. With funding from RAIN, the group was able to transform an abandoned space downtown into a place for community members to come and learn different skills in technology and engineering. It has become an incredible resource for the entire City of Willcox.

San Simon Elementary started a Cooler than Absolute Zero program in order to bring more resources to their students. With a population of around 165, San Simon is a remote district 40 miles east of Willcox with one K-12 school district shared with the neighboring community, Bowie, that serves approximately 120 students. With funding from RAIN the club was formed to serve all students in grades K-12. The current membership includes 25 students. The club intends to send home tools on a monthly basis with the students so that their exploration of STEM can continue beyond the classroom and club.

Cochise County Library District is in the process of developing Hands on Science with Pocketlabs where students can use small STEM kits that are picked up at the libraries throughout the County.

Girl Scouts of Southern Arizona can give out STEM kits to girls in Cochise County thanks to RAIN funding.

Chief Science Officers program was brought to Cochise County which brings students from all different ages and schools that are chosen by their peers to learn more about STEM.

How can you get money?

Are you interested in applying for a grant? If you have an informal STEM education project that needs funding visit our website today and learn more about the opportunities in your community.